Lord, we approach you as people climbing your holy mountain, hoping to meet with you there. May we be changed by our encounter. May we be strengthened to face the world with renewed courage and faith. Amen.

God, thank you that, as we journey with you, you are transforming us. Thank you for the mountaintop experiences as well as the everyday journeys. We ask to know your presence and your power as we live each day for you. Amen.

Lord of change, of transfiguration and transformation, yet whose essence remains always the same, we worship and adore you, and we kneel in awe before you. Amen.

Moses is so filled with the Shekinah, or the divine glory of God, that his skin shines. The physical effect is so strong that it frightens the people so much that he has to wear a veil which offers the people protection from divine holiness, while acting as a reminder of the nature of their god.

In the Gospel reading Jesus has recently told his disciples that he is going to die, which has left them feeling upset and confused. He then takes some of his closest disciples away to pray with him, where they share a ‘mountaintop’ experience as Jesus’ face and clothes change to become a dazzling white! The disciples are frightened but hear a heavenly voice telling them to listen to Jesus.

We all have mountaintop experiences. Peter, James and John certainly did, and they were changed by their experience. But they could not remain there; the journey down below had to continue.

I wonder how we would have reacted if we had been part of the ‘mountaintop experience’, usually known as the Transfiguration? It was such an extraordinary encounter that I suspect we might have struggled to react at all. For, if we were like those first disciples, we would already have known that Jesus was special, but we would not have been prepared for Jesus’ prayer to bring him into the company of Moses and Elijah.

Peter – always the boldest of the disciples – reacts in a way that might surprise us: he offers to build dwellings or booths for Moses, Elijah and Jesus. Actually, Peter’s instinct is not completely off-key. The Festival of Booths (Sukkot), according to Leviticus, celebrates the end of the Hebrews’ 40 years in the Wilderness. So, Peter understands, perhaps, that with the arrival of Jesus, the Promised Land is close. Indeed, more than that, he grasps at some unconscious level how Jesus stands as at least the equal of Moses and Elijah, two key figures of Jewish history and identity.

Moses, the receiver and giver of the Law and in effect the founder of the Jewish faith, had never entered the promised land. Although he was allowed to see it he died before the Israelites entered it and has no known burial place. Now, in company with Jesus, Moses has finally come into the land promised by God to his chosen people. Elijah did not die but was taken bodily up into heaven and a tradition grew up that he would reappear before the Messiah was revealed. If the disciples were in any doubt about Jesus’ identity this encounter with Moses and Elijah, and the glimpse of glory together with hearing the voice of God would certainly have convinced them. God’s promises were finally being fulfilled.

In our lives we meet God in many ways often in answer to prayer. Pastor Lee McClelland of North Belfast was in intensive care fighting Covid and as he began to feel a little better had a craving for crisps and coca cola. No visitors were allowed on the ward however, but the craving was so strong that he prayed to God about it. The next morning a cleaner came and handed him a packet of crisps and a bottle of juice. Lee believes God heard his prayer and answered it and that he encountered God, through the cleaner. He discovered the cleaner had been a missionary in Nigeria and posted the encounter on social media. The clip went viral, and the story is now being made into a Netflix film. Such a simple thing yet Lee describes his encounter with God as a moment in his life that transformed him.

Not all encounters with God will make the big screen, but many of us have had times when we have experienced God in a deeper way. These are often referred to as ‘mountaintop’ experiences. In the Bible there are many such encounters with God. Moses on Mount Sinai, Elijah on Carmel and the Transfiguration of Jesus among them. Often those who have had such experiences are left changed and transformed.

In today’s Gospel story the disciples experienced an encounter that they wanted to capture, to hold on to. Jesus was transfigured and became radiant. His appearance was transformed. The disciples got a glimpse of the glory of God. Peter wanted to capture and mark the occasion. He suggested they build shelters for Jesus and the visitors. They could not remain there however. Mountaintop experiences do not last. The cloud, Moses and Elijah disappeared. It was time for them to descend from the mountain.

When Peter, James and John came down from the mountain they were approached by a father whose son was demon possessed. They were flung back into the mess and ordinariness of life – back into reality. It is important that we hold on to those moments when we felt God ‘showed up’, when our eyes were opened to see clearly. Mountaintop experiences are to be treasured. Such moments will transform us, but we must also remember that Jesus is not only to be found on the mountaintop. He takes ordinary, mundane, everyday moments and transforms them with his presence too.

How might this moment have helped the disciples after they came back down the mountain?

When has your life been transformed?

How can you capture good moments in life and remember them? How do you mark moments of change?

What things can distract you and sometimes mean you miss the moment?

How can you ‘stay in the moment’ to enjoy the full intensity of life.

O God of healing and holiness, we bring before you the leaders of our world in need, and ask that they would have the discernment to listen to each other and to you, that there may be justice and peace.

We bring to you the leaders of the Church and other religious organisations and communities, and ask that they would have the discernment to listen to each other and to you, that there may be vision and unity.

We bring to you those with responsibility for health care – doctors, nurses, administrators, ancillary workers and more – and pray that they may be strengthened and encouraged by encountering you in their work.

In Jesus’ name we pray. Amen.

Father, we thank you that you are transforming us every day. We pray that, not only will we have mountaintop experiences, but also that we will know your presence with us in our everyday and ordinary moments. May we be continually astounded at your greatness, and may it show in our lives. Amen.

Prayers and other material (adapted) © Roots for Churches Ltd. Used by permi 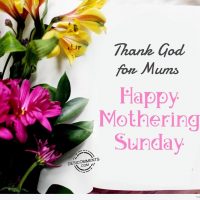 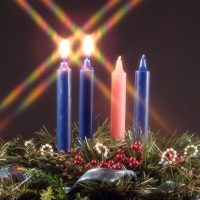 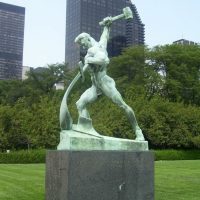 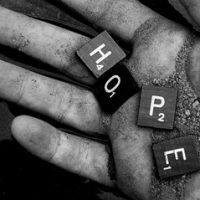 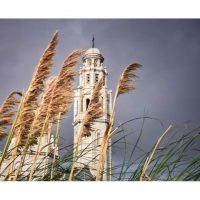