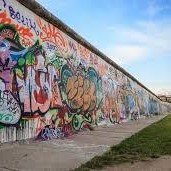 Lord Jesus, we praise and worship you. We look forward to learning more about you and what you show us about living together as your people. Help us to respond with our hearts and minds and lives to your invitation to come and be drawn close to you. As we come to you, we pray that you will take away all our stuffiness and self-importance. Then we will be able to come freely into your presence with a childlike spirit, and rejoice in your goodness and love.

This week’s passages help us to look at relationships between God and his creation, men and women, children and society, and to think about who and what matters to God and how we show that through the words and actions of Jesus and the attitudes of society.

How many of you remember the day when the Berlin Wall came down in 1989? It was a very solid wall dividing the German city of Berlin, preventing people from East Berlin crossing to the west. Soldiers patrolled the wall and shot anyone trying to cross it. It became a symbol of fear, of control, of deprivation, of separation. It took away the freedom of those who wanted to move from the east to the west. The wall existed for 38 years – but then, and rather suddenly, people were allowed to cross freely. Some climbed on the wall with hammers and picks and began breaking the wall down. It was demolished very soon after. It was a very real physical barrier and it was quite a shock and a surprise when, almost overnight, it fell.

Barriers exist to keep things in or out. They force separation. But our readings this week tell of a world without barriers, where we can live in a close relationship with God and with each other. This week’s passage from Genesis 2 is just a part of the story of creation. When we join it, the earth already exists and God has created one man, and other creatures that God invited the man to name. The suggestion is that humans have a special relationship with creation, alongside the creator. ‘Adam’ is not really a personal name at this point; it is simply a play on the Hebrew word, ‘man’. But the problem – ‘it is not good [to] be alone’ (v.18) – remains unsolved. It is easy to think that we are being told that the woman is secondary, but that would be a mistake. Rather we are told that the man remains incomplete until partnered with the woman, and crucially that both are incomplete if they are separated from God, their creator. There are no barriers, everything starts and ends with God. God is distinct but not removed from his creation.

In Mark’s Gospel, Jesus is challenged by the Pharisees who have a clear idea of what God is like and what God wants from people. The problem is that, because they think they know the answer, they stop listening to God. In this case the issue is whether divorce is ‘lawful’ (v.2). They believed that the relationship between God and his creation was fixed by the Law, as given by God through Moses at Sinai. Over time this had been explained and discussed, interpreted and re-interpreted. Jesus’ answer to the Pharisees’ question is not what they anticipated. Instead of interpreting (or re-interpreting) the Law, Jesus goes back to creation: what did God want for men and women?

The second part (vv.13ff) continues within the domestic context but is about children. Modern understanding of childhood emerged properly only

in the 19th century. Traditionally (and it is still true in many places) children, once old enough, worked within the family business. At the same time, because they were children, they had no power, no rights. They were the property of their parents. Children were not important in the power structures. Against this background, Jesus uses children to speak about God. This is radical. Usually God was spoken about in terms of power, might and compassion.

The disciples in this week’s Gospel story acted as barriers when they tried to keep the children from Jesus. Perhaps they thought Jesus needed a rest and they were trying to give him a break. Or, it may have been because, in those days, children did not have much social status or value, and the disciples thought Jesus had better things to do. Maybe they felt that their role was to act as Jesus’ ‘agent’, deciding who would get to see him. Whatever the reason, Jesus rebuked them. He did not agree with what they were doing and they were not acting with his authority.

We might see the passage as simply an example of inclusivity – which it is, but it’s also about barriers. The disciples were part of Jesus’ team. They followed him, lived with him, saw the work he did and learned many things from him. But sometimes they got side-tracked and tried to work things out for themselves, sometimes showing complete misunderstanding or going off at a tangent.

On this particular occasion, they made a decision based on what they thought the situation to be. Does this help us to reflect on barriers that exist today that might prevent people from meeting Jesus? For example, is there anything in our church or community rules, our attitudes, our presumptions about what Christians are like, or which people might not be suitable to mix with, that could – or do – create barriers?

‘Let the little children come to me.’ Try replacing the word ‘children’ with ‘homeless’, ‘depressed’, ‘hurting’, ‘unloved’ and many, many more. Are we sure we are doing all that we can to make sure everyone has the opportunity to meet and be welcomed by Jesus?

Lord, we pray for all who have decisions to make today, or who face difficulties or challenges in their lives. We pray for those who are making decisions on behalf of others, and those whose decisions affect lives other than their own. We pray that they may have courage to do what is right, and the vision to see what is important, when there are so many other distractions. We pray that they may all have the wisdom that comes from you – pure, peace-loving, gentle and merciful.

We pray for your Church, in all her diversity, that she may seek you above all, that you may grant her discernment and compassion. We pray that we may yield good fruit in our lives, not ‘lording’ it over others or squabbling about what we deserve but instead considering the needs of others first. Let us receive as we have been received, forgive as we have been forgiven, and love as we have been loved. For Jesus Christ’s sake. Amen.

Loving Lord, as we go into the world, knowing that we are valued and loved, help us to know this so deep in our being that we live it in our words and actions, and especially in our openness and welcome to others. May Jesus’ invitation shine through our lives,
And may the blessing of God,
Father, Son and Holy Spirit,
Go with us, and remain with us, always. Amen.

(Prayers and other material © Roots for Churches Ltd. Used by permission) 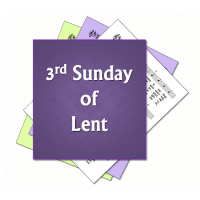 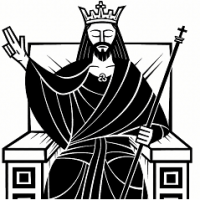 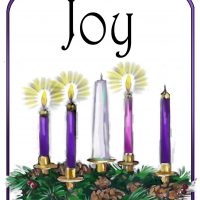 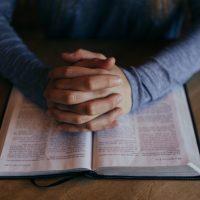 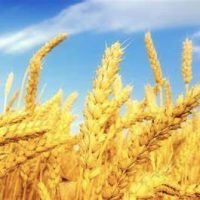