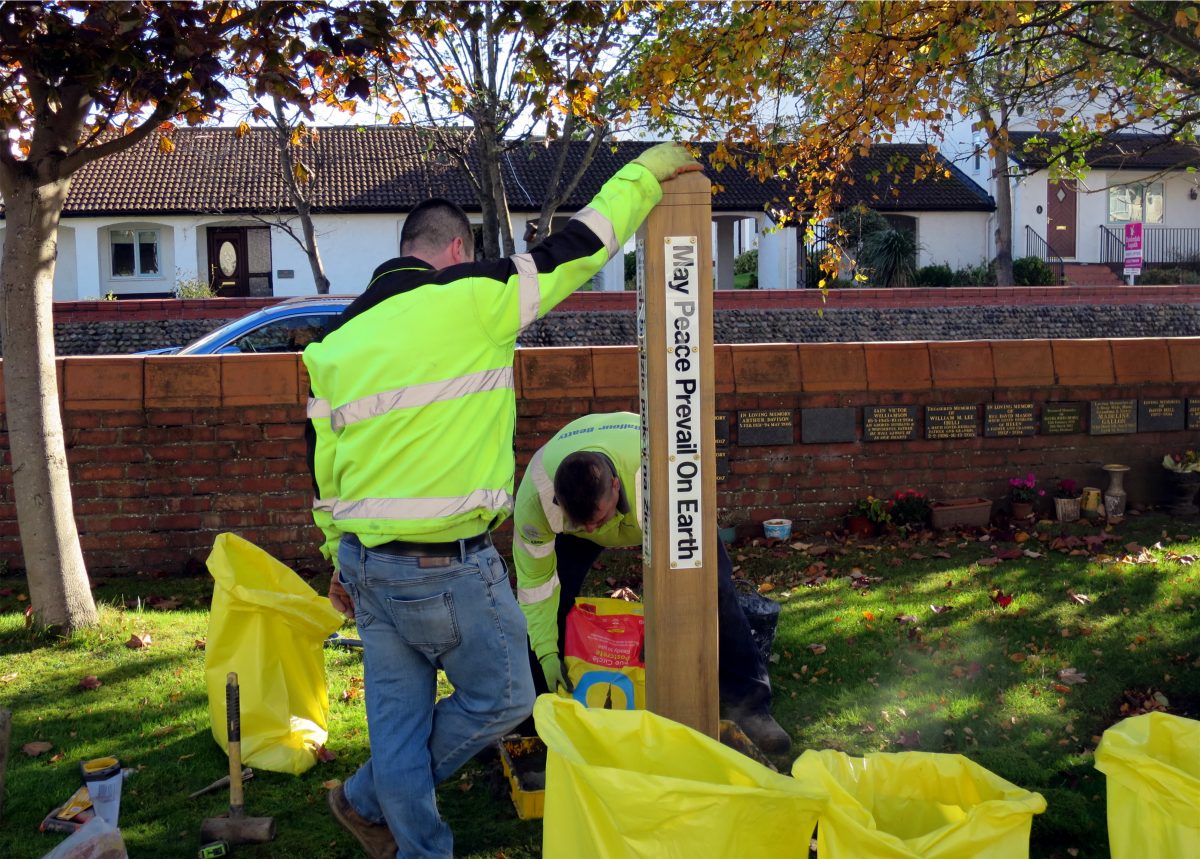 On Monday 29th October 2018, a chilly but wonderfully bright day, a Peace Pole was installed in the grounds of the White Church.

Peace Poles are monuments recognised throughout the world as symbols of the desire for peace between people and nations. The idea originated with Masahisa Goi in Japan, in 1955. Masahisa Goi dedicated his life to spreading the message, “May Peace Prevail on Earth”. The first Peace Poles outside Japan were constructed in 1983. Since then, more than 100,000 have been placed around the world in over 180 countries. The Peace Pole Project today is promoted by The World Peace Prayer Society as well as other groups and individuals.

Val Atkinson is responsible for the White Church’s Peace Pole project, which, it is hoped, will become a community focus for the promotion and celebration of peace. Our own Peace Pole is made from Greenheart timber. Greenheart, also known as Demerara Greenheart, is one of the strongest and most durable timbers available and is often used in marine structures. The four-sided pole bears the peace message in a different language on each side. The languages are, English, Polish, Spanish and Arabic. 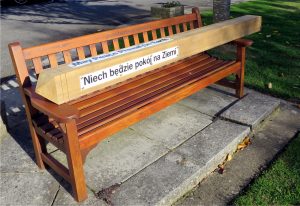 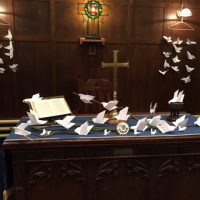 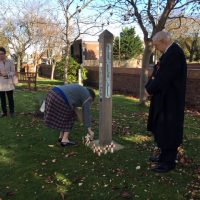 Remembrance at the Peace Pole 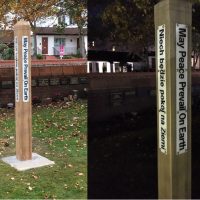 The Peace Pole, Day and Night